As the stock market takes a dip influenced by recent increases in interest rates, it’s no surprise that Netflix stock continues to spiral under a post Obama and Susan Rice era.

It all started back in March of 2018, when Netflix named Susan Rice, the former United States National Security Adviser, to the company’s board of directors. Shortly after this announcement, conservatives (including myself) began to boycott the media streaming network. And then #BoycottNetflix began trending on Twitter.

If you are ignorant enough to not know why someone would boycott Netflix over doing business with Susan Rice, I’d invite you to do some research. You’ll find out about her Spygate scandal against team Trump during the 2016 election… Her involvement in lying to the American citizens about the Benghazi attack… As well as her signing off on the Bowe Bergdahl trade for known repeat terrorists.

In other words, she has been a shill for Clinton and Obama.

Speaking of B.O. Shortly after naming Rice to the Board of Directors, Netflix announced a deal with the Obamas just one month later…

We know that Barack Obama has been on record saying that he’d like to “create a million young Obamas.” So it comes to no surprise that this narcissist, knowing the power of media, wants to influence our youth through media outlets such as Netflix.

“Barack and I have always believed in the power of storytelling to inspire us, to make us think differently about the world around us, and to help us open our minds and hearts to others.”

Well, sounds all fine and peachy, but this relationship has evolved into a recent acquisition by the Obamas to create a series based on Michael Lewis’ nonfiction book, The Fifth Risk – a gloomy expose about the negative outcome of a Trump presidency.

According to a prediction by Forbes contributor, Stephen McBride, Netflix stock has crashed 37% since July of 2018. 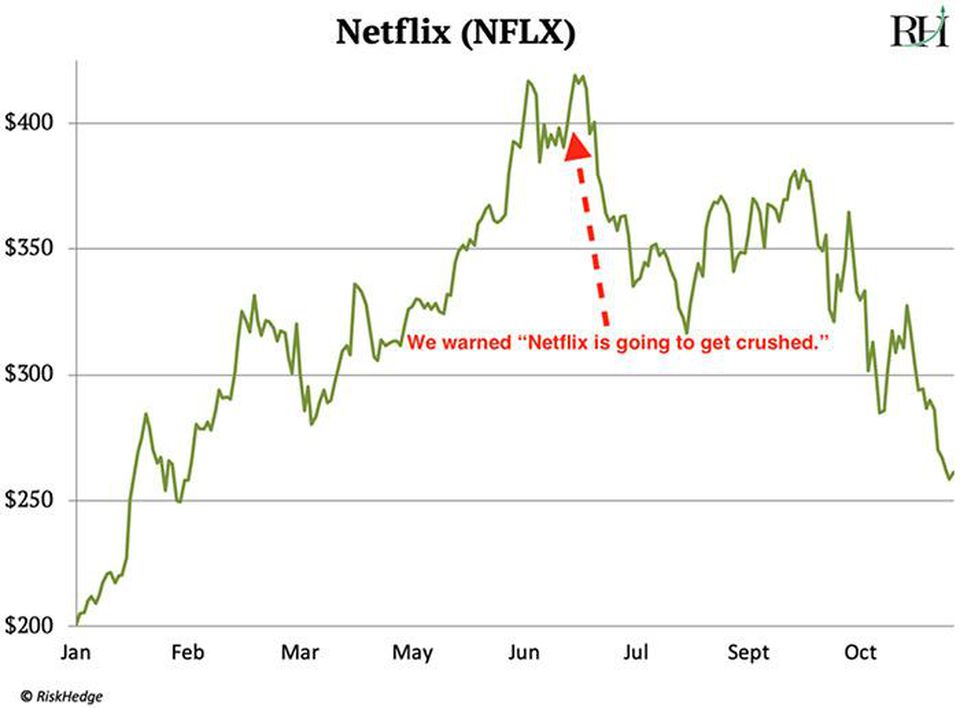 And while I agree with McBride that Netflix has more competition these days in the media streaming industry, I don’t think he is factoring in that tens of thousands of conservatives have boycotted, and continue to boycott the Netflix platform.

Netflix’s challenge is competing with the deep pockets of Disney and Amazon, as they continue to expand their own networks. As long as Netflix continues to alienate their conservative subscribers, I predict we’ll see them die the same slow death as Blockbuster Video.