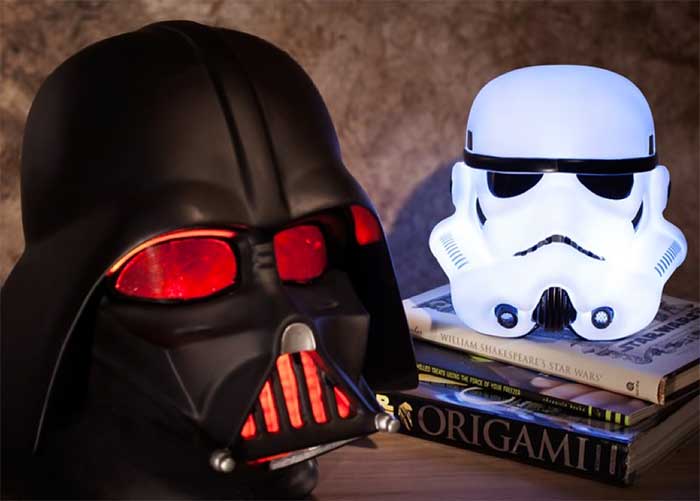 As probably one of the best selling Star Wars gadgets, everyone gets tempted by the dark side from time to time. It mustn’t be underestimated. Anakin was easily seduced and look at him now, nothing but a helmet. A highly-detailed matte plastic helmet that emits a soft and soothing ambient glow.

Illuminated by 5 energy-efficient LEDs, these Star Wars Mood Lights are the perfect bedside companion, and because they’re battery powered you can pop one under your arm on your next midnight visit to the loo – no more tripping over droids, walking into blast doors or tumbling blindly into the Sarlacc pit. 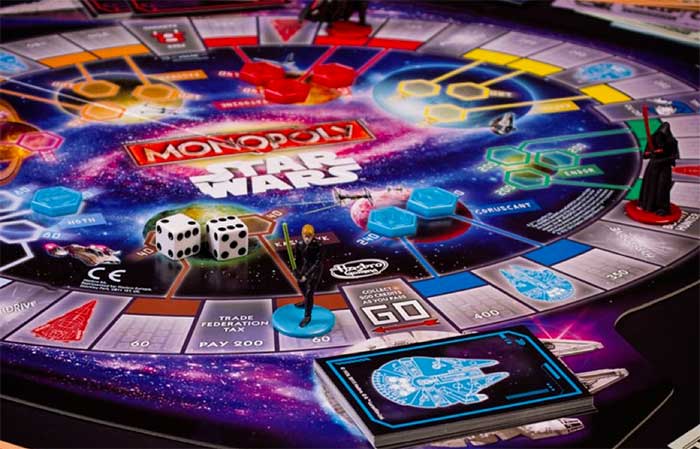 It’s time to choose your allegiance, the quest for galactic domination is officially on.

Playing as either Rebel or Empire, you’ll be battling mercilessly for solar system sovereignty. None of this bankrupting nonsense, you’ll be trying to establish Bases on as many planets as possible.

The measly game tokens you’re used to have been swapped out for mighty figurines, featuring characters from both the original Star Wars movies and The Force Awakens. With force cards, bankers and cold hard cash – the board itself is also sporting a fancy new do – now adorning a rounded shape – because squares are for squares.

Embark on a quest around the galaxy, buying planets to build Bases upon. Once every planet is owned the game is over – all that’s left to do now is count up the Bases. The player with the most of these, unsurprisingly, wins.

Reckon you can rule the Galaxy? 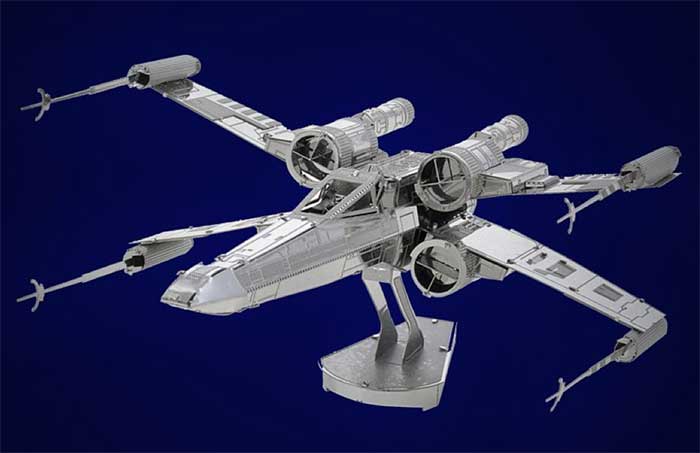 All your favorite things from that cherished galaxy really really far away are now available in metal construction kit form.

These astoundingly detailed models may look like merely two sheets of laser cut parts – but they beautifully transform them into a majestic 3D models before your very eyes.

Worried that they’re too fiddly to build yourself? We find your lack of faith disturbing – each one comes with simple to follow instructions and it’s simply a case of bending the tabs and connecting them at the attachment points. No need for glue or solder. How’s that for convenience? 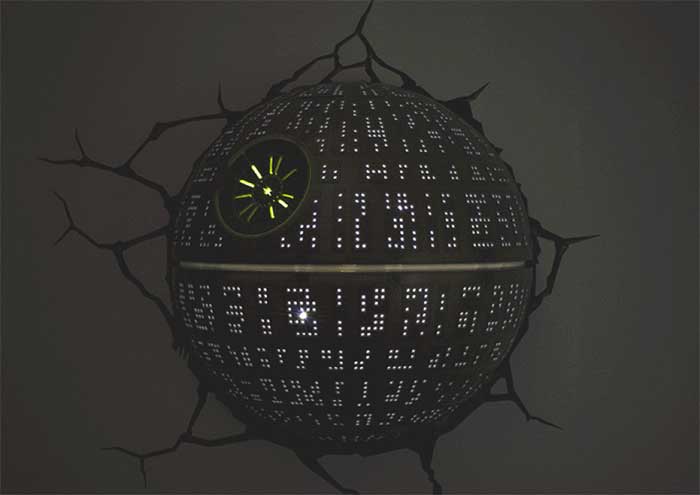 The dark side is more powerful than you know. Once you start down the dark path, forever will it dominate your destiny. Stumped toes, trips, falls, bumped heads and trodden-on cat’s tails. It takes strength to resist the dark side.

By strength we mean some sort of electromagnetic radiation. Namely a light. These lights.

Light up your humble abode with these wall-mounted battery-powered Star Wars lights.

Available in 2 styles, these eye-catching lights are going to light up the dark side of your house. Quite literally. With no wires or cables you can also pretend they’re powered by ‘the force’, which is of course hilarious. This extremely well put-together and mighty spunky little droid is stopping by to perform a spot of maintenance on your workstation.

R2’s third leg (goodness me) functions as a micro-vacuum cleaner. When he gets full you can unscrew his little domed head to empty out the dust.

The desk vac perfectly pays homage to the fact that R2 was basically a swiss-army Droid with a myriad of functions – fire extinguisher, electric prod, buzz saw, pliers, smoke screen etc. etc. We’ve seen exclusive behind the scenes footage of ‘The Force Awakens’ and he can be clearly seen hoovering the floor.