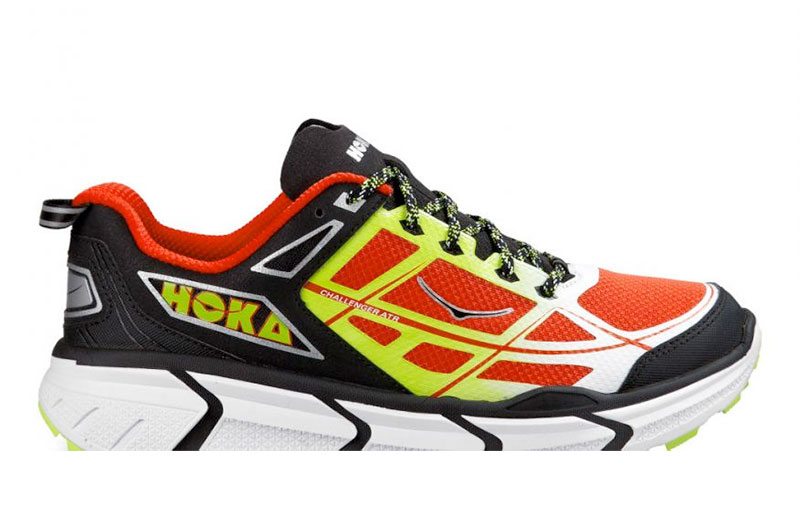 We all know it takes hard work and the ability to get off the couch to reap the benefits of a fit lifestyle. That also means it’s important to get the best fitness technology for your feet – your running shoes.

With so many shoe fads that have come and gone over the years, it just goes to show that doing the research and finding out what it best for your feet is paramount.

Today, many companies are offering a wide variety of techie-shoes that range from super cushioned, to trail runners with firm support. As many ardent runners know, it’s your knees that will suffer over the years from all the roadwork. Personal tech columnist, John Quain, via FoxNews.com, has tested a couple of brands, Hoka One One and Altra, that are said to be the best:

What was once a niche market for ultra marathoners — folks who clock 100 miles in a single stint — Hoka’s shoes were originally something of an aberration, but one that garnered very positive reviews. Why? Because the company managed to make a very well-cushioned shoe that didn’t feel like a lead weight was tied to your foot.

Dubbed “maximalist” shoes, the Hoka One One line has become increasingly popular. I’ve tested several of their shoes including the Clifton 2 and the Challenger ATR.

Runners who are used to more direct contact with the road will find the Hokas akin to strapping squishy pillows onto your feet. They’re not extremely springy, although there is some rebound (a.k.a. responsiveness). If you’re not used to the additional cushioning, initially it can feel like you’re running on a sandy beach.

Running on flat terrain, I became accustomed to the Challenger ATRs quickly. The tops are soft and flexible and didn’t require a break in period (most good running shoes should start out that way). Within one or two runs I was used to the shoes and had made any stride adjustments with ease.

Making my way on some back country hills and dirt roads was another matter, however. On steep gravel inclines the Challengers made me work harder compared to more moderately or minimally cushioned trail runners (at least, that’s my excuse, and I’m sticking to it). With additional mileage I became more comfortable and appreciated the extra protection. The more aggressive tread of the Challenger ATRs proved able on rough, rocky dirt roads.

Besides the great barefoot debate of years past, another hot topic has been what I like to call the flat foot fad. The general idea is that hammering down on your heel hurts, not only causing injures to knees and shins but also hampering performance.

If you look at most running shoes created over the last 25 years, they all have broad, high heels where most of the cushioning is concentrated. That encourages people to hit their heels first, with a slightly forward leaning posture. This is, apparently, bad, bad, bad.

Altra’s shoes are designed to fix the problem, with an even amount of cushioning across the whole sole, a feature the company calls “zero drop.” In addition, the level shoes have a wider toe box, much wider than anything from New Balance or other major competitors. It allows your feet to spread out naturally and grip normally, providing better stability, especially for trail runners. Anyone who has been to Canada will note that the Altra design looks a little like Roots shoes.

I’ve been testing the $120 Lone Peak trail runners. They’re a tad heavier than the Hokas (by about an ounce and a half) but feel immediately comfortable. The spacious toe box is quite liberating, allowing your feet to splay freely without feeling compressed by the shoe. If you’ve been running for years on traditional high-heeled runners, you’ll find the Altras strange at first.

I’ve tried other shoes designed to change or “fix” my stride and prevent injuries and found most of them terrifically uncomfortable, abandoning them after a few weeks. I’m also a confessed heel-striker from way back, which should make it difficult for me to accommodate the zero drop design. However, I quickly adapted to the Altra Lone Peaks, starting out with a few runs on a treadmill and then moving to country hill and dale without any discomfort. Whether it “fixed” my posture or not is difficult to tell; my back did feel differently (not quite strained, but different). It didn’t improve my times — but only extra effort on my part is likely to do that.

If you’re just starting out running this summer, keep in mind that strides and running styles vary from person to person. Consequently, what may be a comfortable fit for one runner may cause shin splints for another. I recommend finding a couple of different shoes that work for you and switching back and forth between them week to week. And stop worrying about meeting your step goals on your fitness app. Just get out there and run.