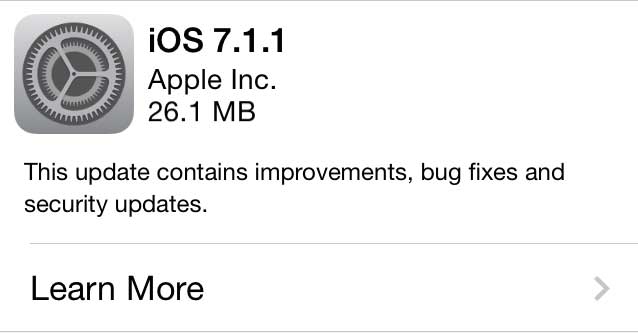 Today, Apple has released iOS update 7.1.1, which is now available to download and install via over-the-air (OTA) and iTunes. The update is less than 30mb, and is composed primarily of bug fixes on the heels of the last major update to OS 7.1. Those users with the iPhone 5S, iPhone 5C, iPhone 5, iPhone 4S, iPhone 4, as well as some iPad and iPod Touch models will be able to install the update.

Here is the full changelog: